Japanese people have the remarkable ability to take a nap anytime anywhere. A favourite place for those power naps is the train. While most adults try to maintain a fairly upright position even while sleeping, these kids seem to have no such reservations and have comfortably settled themselves for a nap on the way home.

Kids sleeping on the train in Japan

Yesterday it snowed in Toyota City. That’s a big deal because in this area of Japan it rarely snows. In addition to that, the amount of snow we had yesterday (about 15 cm) occurs only once every twenty years, according to my Japanese teacher.

The view from our terrace in the morning 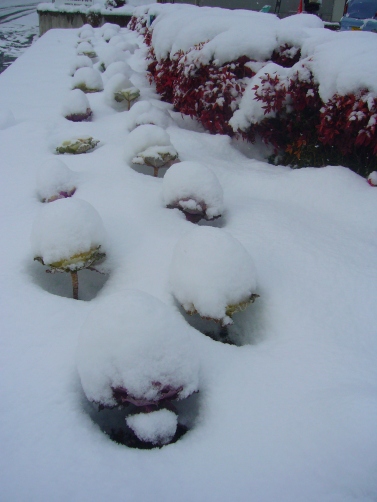 I was surprised to see that everyone in Japan uses an umbrella when it snows. In Belgium, just brushing off the snow before entering a building always seemed to do the trick. But come to think of it, snow is of course precipitation just like rain is, and I did seem to feel slightly less freezing when the snowflakes were kept away from my face thanks to my umbrella. 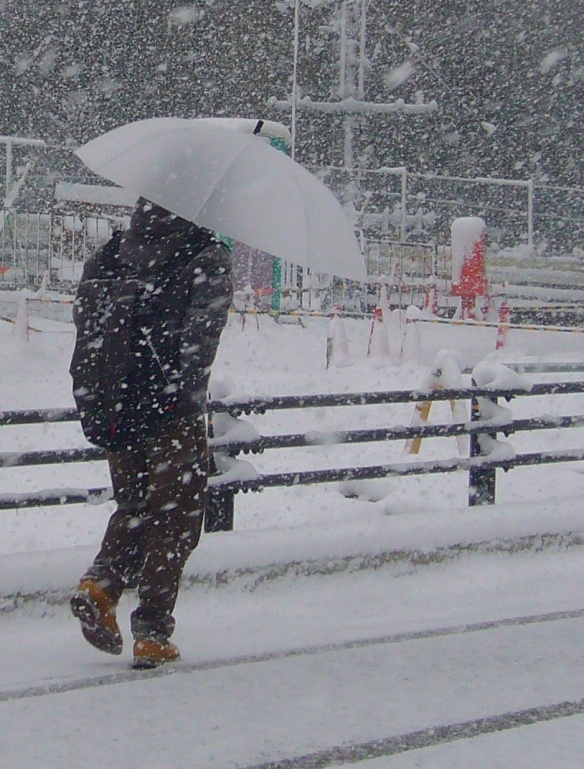 Braving the snow with an umbrella

Of course Japanese kids love the snow, as I imagine kids do all over the world. I came across different snow men all day long.

Children playing in the snow

As you can see in these pictures, it wasn’t long before the sun was shining again. That is one of the great things about winter in this part of Japan: lots of sunshine! In Belgium people often suffer from the ‘winter blues’ due to lack of sunshine. 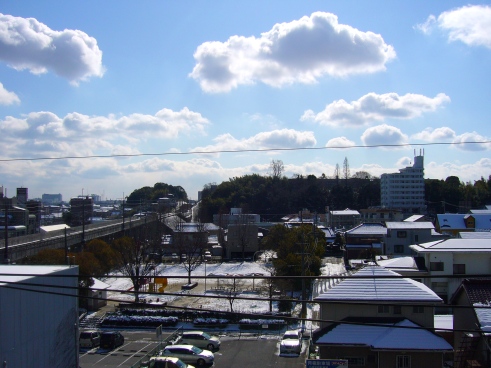 The view from our terrace the next day. Blue skies and sunshine, the snow all but molten

In Japan, all along the Pacific coast (the area called ‘Omote-Nihon’), winter is sunny and bright. On the Japan Sea coast however (the area called ‘Ura-Nihon’), they always get lots of snow, even up to 4m high this year. This difference in winter precipitation is caused by a mountain range that runs across the middle of Japan from north to south. The humid air blowing inland from the Japan Sea is stopped at the mountains and deposits its humidity as snow or rain, causing the other side of the mountains to be virtually cloud free all winter long.

Japan precipitation map, showing precipitation only on the Japan Sea coast, Toyota City is at the red cross (map from the Japan Meteorological Agency, click on the map to go the their site)