A few months ago I had the wonderful idea to sign up for the ‘Japanese Language Proficiency Test’. It’s an exam meant to test foreigners’ Japanese language ability.

There are five levels and I signed up for N4, which is the second to easiest level. Should be a breeze, considering that I have been studying Japanese for four years now, right? At least that was what I was thinking when I signed up. Now, with the test less than a month away, I’m not so sure. Did I mention there are 300 kanji on the test? And that I currently know about 50 kanji? 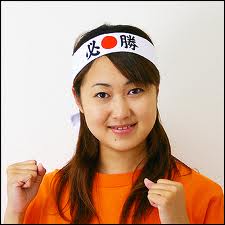 Someone who is not me, accurately expressing my determination

… and morph into Kintaro from the anime Golden Boy. He is all about studying and frequently expresses his determination while racing his bike and reciting ‘benkyo benkyo benkyo’ (study, study, study). Allright, let’s do this!

7 thoughts on “How unproficient are you exactly?”